Anya Fadeyeva: We launched In the Street to help homeless people in summer 2017. We did it together with Natasha Loginova, who made Dobro-shop. Every Tuesday we would serve up hot meals for homeless people or those in difficult life situations. We would give them clothes, groceries, medicine and push-button phones. We would play board games with them. 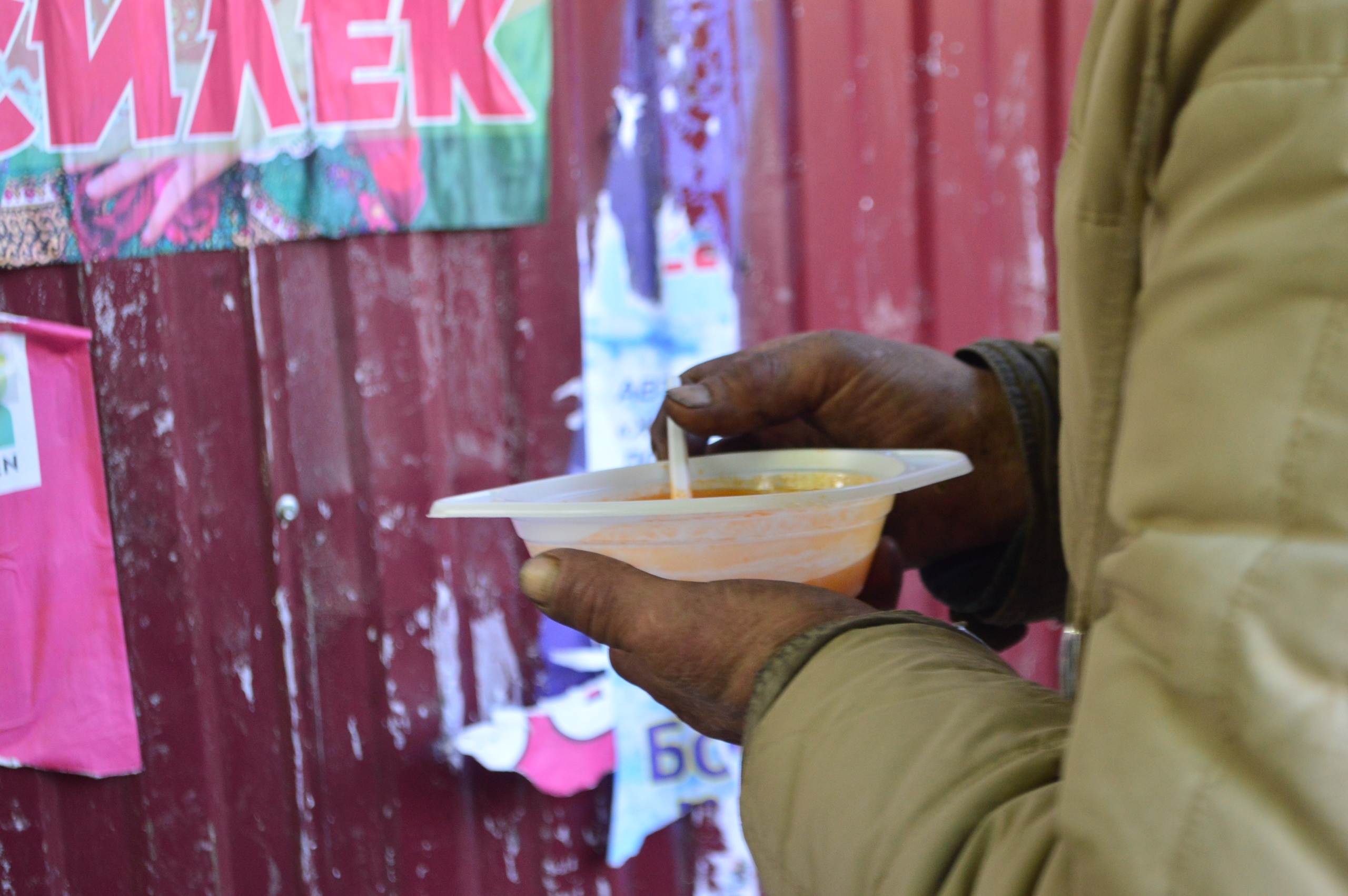 It started as a very small-scale project, a niche one. One day, me and Natasha were sipping some coffee together when we suddenly realized that, apart from us, there wasn’t a single nonprofit in Perm specializing in aiding the homeless.

We are inspired by St. Petersburg’s initiative called “Nochlezhka” (ru: “A place for sleep”). They are my age mates, by the way, – they’ve been active since 1990. They’ve set a quality standard, I must say.

People become homeless due to a variety of reasons and each of them has their own personal story. Many of them suffer from psychological disorders. For instance, lots of women stay homeless only because their husband is homeless – their relationship is codependent.

We started with the hot meals because it’s quite challenging for the homeless to find warm food – and they should get energy from something after all! “Ali Falafel” – our favorite café – agreed to provide food, while local bakeries gave us bread.

We consulted with the homeless themselves in order to find out where to better serve up the food and spread info. Natasha soon got a piece of advice from Galina – one of the homeless.

The meals were served up every Tuesday at 20pm. We gathered next to Gorkov Park, 16 Krasnova street at the porch of an abandoned building where people would often find shelter from the rain. We didn’t have lots of visitors in the beginning – just three or five people – but they quickly spread the news. 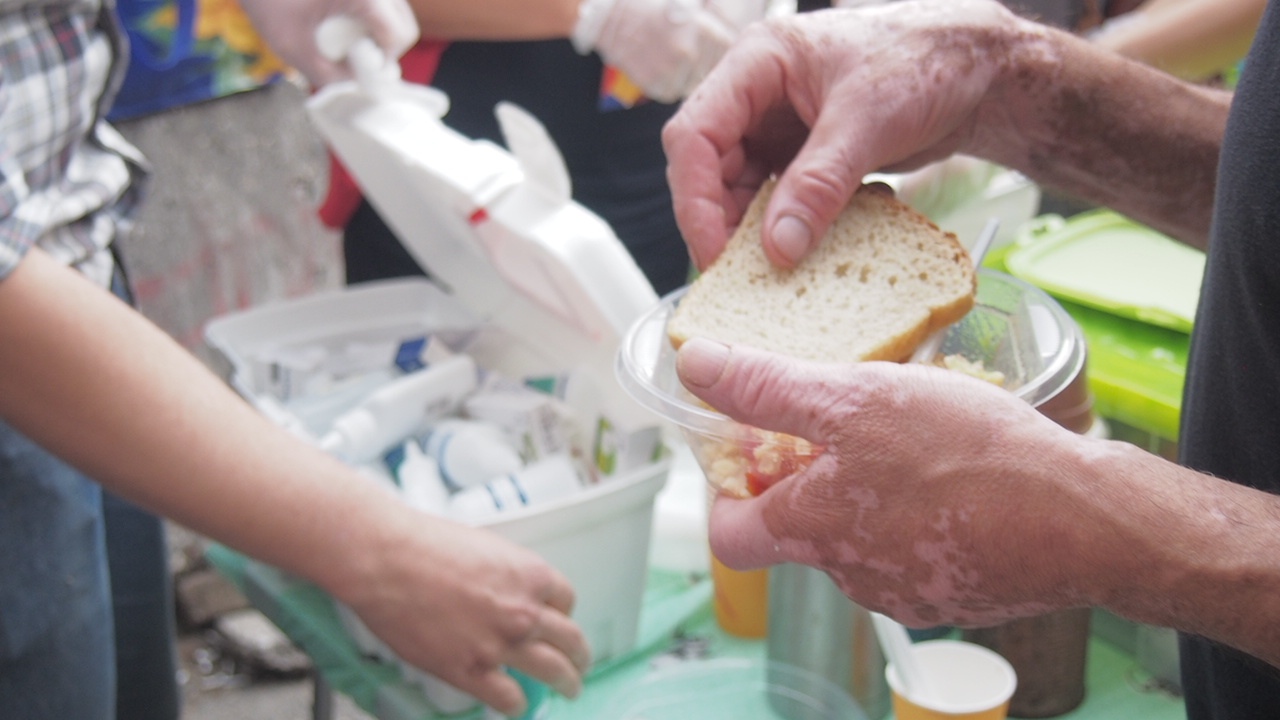 One evening, we brought chess and started playing.

We had tears in our eyes when we saw them forget everything and just play together. They were very grateful and asked not to come again without chess. That summer we played badminton, dominoes and monopoly; we brought musical instruments.

We know it’s a bit naïve, but we do hope that homeless people can rehabilitate if they’re given an opportunity to do what they love. For example, if there was a person who liked singing, we would easily find them a tutor.

It’s almost impossible to do your thing if you’re homeless. You don’t know where you’re going to be tomorrow. It’s hard to be sure that even your phone will be charged.

Nevertheless, we didn’t manage to help anyone actually rehabilitate. It’s just that nobody has to be hungry or live on the street in our opinion – unless willingly. At the end of the day, we simply need friends to support us. That’s why we do it. We are not a rehab center, we are just friendly assistants who give some advice and help restore basic communicative skills. 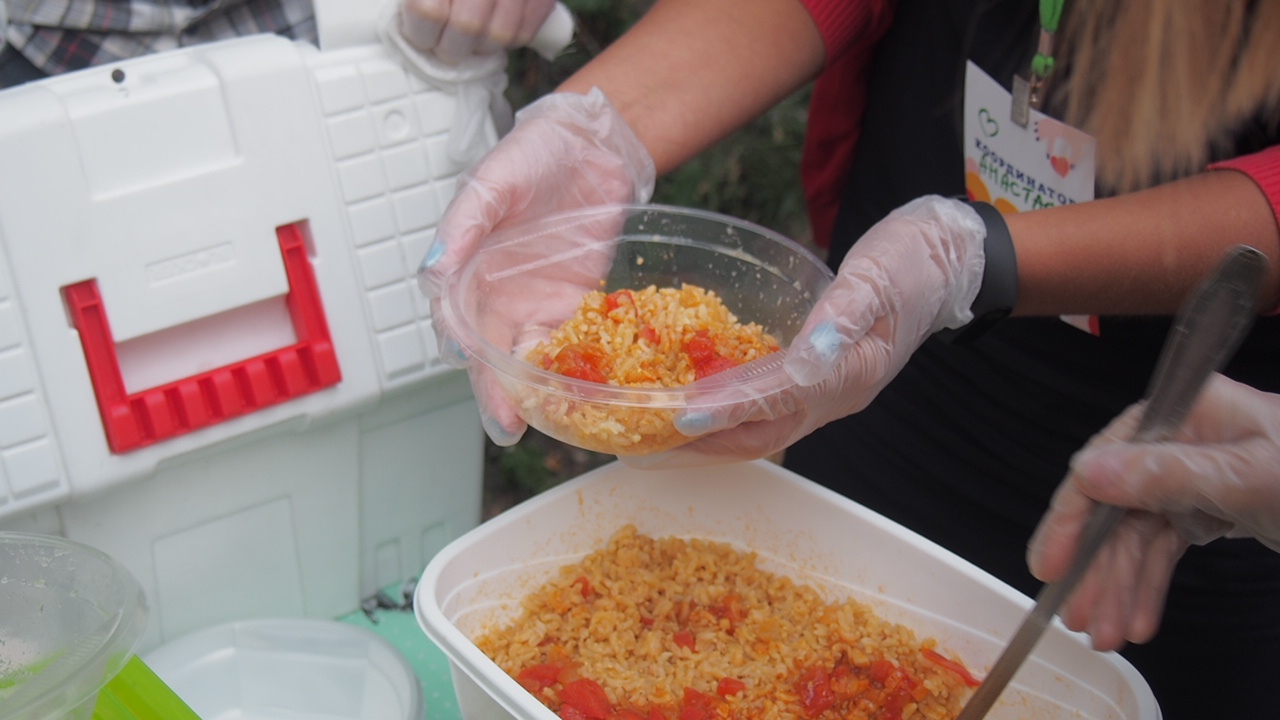 It sounds terrible, but even the most effective rehab system bears fruit only in 9% cases. Yes, we’re talking about addictions. There really is no perfect way to help rehabilitate from them. The majority of the homeless are addicted to alcohol – and most of them started drinking on the street, not being able to cope with the situation.

We dream of giving them an opportunity to do what they love. We want them to look neat. We want to give them clothes so that they could go to a job interview. And we got a few ideas on how to make it into reality.

You can always support the homeless by donating some of the following: The project has become even bigger and is now called “Breathing Space”. It provides legal, psychological and humanitarian support for the homeless. If you want to join, please contact Any.